How many Clubs are allowed in a Golf Bag

Even if you are a professional, it is equally essential for you to know how many clubs are allowed for you to gather in a golf bag while carrying.

The United States Golf Association (USGA) has rules that many local and state golf associations adhere to about the number of clubs allowed in a player’s bag. Having too many clubs may result in penalties that could make a quality round of golf go South.

How many clubs in a golf bag?

As per USGA, the answer to how many clubs in a golf bag, including putter, is 14.

This can be made up of the standard 12 clubs, including the putter, eight irons (3-9 iron and pitching wedge), and three woods (driver, 5-wood, 3-wood).

Aside from the standard number of 12 clubs, the player may start with less than 12 golf clubs in his bag. Then, he or she may put additional ones until the maximum amount of 14 is complete.

What’s the penalty for carrying too many clubs?

The penalty for carrying too many clubs in your bag is two strokes for each hole where a breach of the rule happened.

That means if you have 15 clubs in your bag but don’t realize until you’re playing the second hole, you will receive a four-stroke penalty. Fortunately, the maximum penalty for breaking these rules is four strokes, so that it won’t get any worse than that.

If you realize the breach while playing a hole, the penalty is assessed at the end of the hole. If you notice the violation in between holes instead, the penalty is applied to the hole you just completed.

How Can You Take the Clubs out of Play?

The procedure for removing an extra club from play is straightforward. Once you realize the violation, you must “immediately take an action that clearly indicates each club that you are taking out of play.” You can do this by alerting another player to the violation or turning the offending club upside down in your golf bag.

Is There Any Way to Use Your Partner’s Golf Club While Playing?

The answer is no. Under the Rules of Golf, you cannot use another player’s club during your round to make a stroke that counts to your score.

So, if you want to share your friend’s clubs or test one out, you’ll have to do that on the range before or after you play the course.

Interestingly, the rules allow you and your playing partner to carry your clubs in the same golf bag. But you still cannot use each other’s clubs, and you must identify which clubs belong to each player.

Similarly, you can’t get around the rules by carrying 14 clubs in your bag and having your caddie or any other person take your extra clubs. Other people are not prohibited from carrying clubs for you, but they must be included in the total of 14.

Can You Carry Less Than 14 Clubs?

Yes, you can carry less than 14clubs as there is no minimum number here, only maximum. So you can use any number of clubs such as 5 or 6 or 10, only you need to remember the limit of 14. Even if you want, you can complete your whole round with a putter only.

A beginning golfer might want to decide whether he likes the game before investing in a complete set of clubs. The minimum number of clubs he needs would allow him to learn the various types of shots that are played in golf.

To get started, he would need a wood club, such as a driver or 3-wood, to learn how to hit the ball longer distances.

He would need to learn how to hit accurate iron shots. A 6-iron would be a good choice as it is not as difficult to hit as a 3-iron.

Practicing short shots around the green would require a pitching wedge. And, of course, he would need a putter.

Sets of clubs for junior golfers, particularly children nine years old and younger, might not have the full complement of 14. For example, a set of six clubs — two woods, two irons, a sand wedge, and a putter — is a practical starter set for a junior.

The smaller number makes it easier for a youngster to carry his bag, and because children outgrow clubs quickly, purchasing a replacement set is less costly.

Amateurs, particularly those with less-developed skills, should choose clubs that give them the best chance to score well.

Hitting a longer shot with a 4- or 5-wood is generally easier for amateurs than hitting a 2- or 3-iron, so an amateur might decide to carry a driver, 3-wood, 5-wood, and 7-wood instead of the long irons.

In recent years golfers of all skill levels — including pros — have begun adding hybrid clubs to their bags as a replacement for long irons.

Hybrids blend the characteristics of irons and woods. The result is a club that is easier to hit than a long iron and offers better control for most players than woods without sacrificing significant distance.

Can You Take More Clubs to Your Bag During a Round?

Interestingly, you are permitted to add clubs to your bag during a round, provided that you keep it to 14 or fewer clubs, and you can thank the new rules for that.

For example, if you were to start around with 13 clubs, you could add another club without penalty at any point, as long as you don’t break any other rules in the process.

Does the type of golf club in your bag matter?

All clubs you use or carry in the course of a round must conform to all the regulations on clubs stipulated elsewhere in Golf’s Rules. That being said, no rules are governing the make-up of your conforming clubs. So if you want to carry four putters, five drivers, and five lob wedges, you are free to do so.

What Is a Golfer’s Handicap?

The United States Golf Association established its handicap system to allow players of different skill levels to compete on an equitable basis.

For example, this system allows a player with a handicap of 12 at a licensed golf club to receive the assistance of one stroke on the 12 most difficult holes of a course when competing against a scratch player and to use the same set of tees.

The idea of the USGA’s handicap system is to reduce the better player’s advantage by permitting a less-skilled player to receive strokes on sure holes in match-play competition, thereby creating an equitable scoring system.

For example, a player receiving a stroke from a more skilled golfer would halve a hole when he makes a bogey to the experienced player’s par. Once a gross score is posted in stroke play, the handicap can be deducted to produce a net score.

A golfer’s handicap index is used to calculate his course handicap, which is then used to determine the number of strokes a less-skilled player would receive from a skilled player.

A course handicap chart can then be used to determine a player’s handicap on a particular course and determine the number of strokes to be received during a competition on that course.

Depending on a slope rating – or difficulty – of a course, the handicap conceivably could be more than or less than the golfer’s handicap index.

Using the USGA Handicap System should allow an accurate handicap for each player to be determined and used in competition.

Golf bags and clubs are equally essential for a golfer to get prepared for a tournament. But to know about golf equipment isn’t less important than this.

And if you get the right idea of golf equipment rules & regulations, you will be clear about the rule of how many clubs you are allowed to carry in your bag.

We hope that this article was of help to you and that you will adhere to regulations and directives to avoid penalty. Feel free to share it with your friends

How to Organize a Golf Bag

Gift for Golfers Who have Everything

We will be happy to hear your thoughts 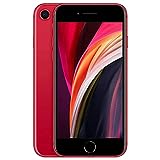 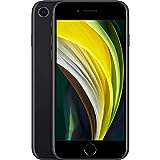 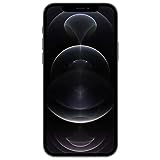 We are a participant in the Amazon Services LLC Associates Program, an affiliate advertising program designed to provide a means for us to earn fees by linking to Amazon.com and affiliated sites. All Amazon markings and logos are the exclusive trademarks and property of Amazon.com, Inc., or its affiliates or subsidiaries.